I google se sjetio rođendana velikog, velikog čovjeka...danas bi mu bile 54 godine....
"Damn it, Steven, we're men. It's our god-given right to watch sports and smut."
"Oh mighty one in the heavens who created the mountains, the seas and beer ..."
"I'm married to a woman named ... something!"
Vrh

In the run-up to the 20th anniversary of Ayrton Senna's passing, we asked those in the current Formula One paddock for their thoughts on the legendary Brazilian driver - some knew him, some worked with him, some even raced against him, while some were barely schoolboys when he died. Here's what they had to say (more quotes will be added throughout the week)...

Martin Brundle, former F1 driver
"Senna was for many a synonym for qualifying. Seeing him on a qualifying lap - either in your mirrors or from the pit wall - was electrifying: his very distinctive helmet colour and his very distinctive style in the car. He had a gift - a sixth sense - for where the grip on the track was. I'd already realised that in F3, because he seemed to already have that understanding before the corner - not in the middle of the corner or after the corner - of where there was going to be grip. He had that special gift of driving a race car - it was natural for him. I raced against him something over 11 years.

"Once in F3 at Silverstone, it was pouring and I was leading into Stowe and he went down on the outside of me. Stowe was a very fast corner back then and he went so fast on the outside that I thought, 'Good, he's crashed I don't have to fight Senna today'. But he went completely around the outside of the corner and came out in front of me and I was really amazed as he must have found some grip out there. That sums up for me the feel that he had.

"But there was also a great paradox about him - something confusing. He could be so aggressive, as I saw in F3 and in F1 - ready to put his car in a position and leave you to decide if you're going to have an accident that day. His mentality was to try psychologically to get ahead of you. But then if a driver was having an accident he was the first guy to run back and help them, whether it was Eric Comas or Martin Donnelly… he was the first driver to run out and see after Roland Ratzenberger in Imola. He had that really caring, human side to him which didn't match his aggression. He could go from the warm caring person to the cold calculating guy within a blink. That I never fully understood. He was religious to some extent… When looking back I feel privileged having raced against him, but back then he was just another driver to beat.

"When looking at the last 20 years, I've seen drivers with talents in different ways but I don't think I've seen another Ayrton. Probably the closest was Michael Schumacher, but Senna was driven by the heart and Schumacher by the head. Schumacher was the more complete driver, but Senna had more natural talent. But of course we are talking tiny percentages, as these two were some of the best drivers that ever sat in a racing car in. Kimi (Raikkonen) has speed, but he doesn't have Senna's application. Senna was also smart in politics. He was one of the few guys who could control Ron (Dennis). So no, we haven't really seen another Senna yet."

Fernando Alonso, Ferrari
"I think Senna is a benchmark for all drivers, the best of his generation. In Spain there wasn't much F1 on TV back then as there was not the interest in the sport there is now. For me, as a kart racer, I was interested in all motorsport and ever since I was a child his name meant a lot to me."

Eric Boullier, McLaren racing director
"Magical. I was following the Prost-Senna battle very carefully when both were driving for McLaren. It was very interesting to see someone analytical like Prost having to cope with somebody sublime like Senna. Probably Kimi (Raikkonen) comes closest to that today. He can also be sublime and magical - sometimes."

LINK F1 OFFICIAL
"Damn it, Steven, we're men. It's our god-given right to watch sports and smut."
"Oh mighty one in the heavens who created the mountains, the seas and beer ..."
"I'm married to a woman named ... something!"
Vrh 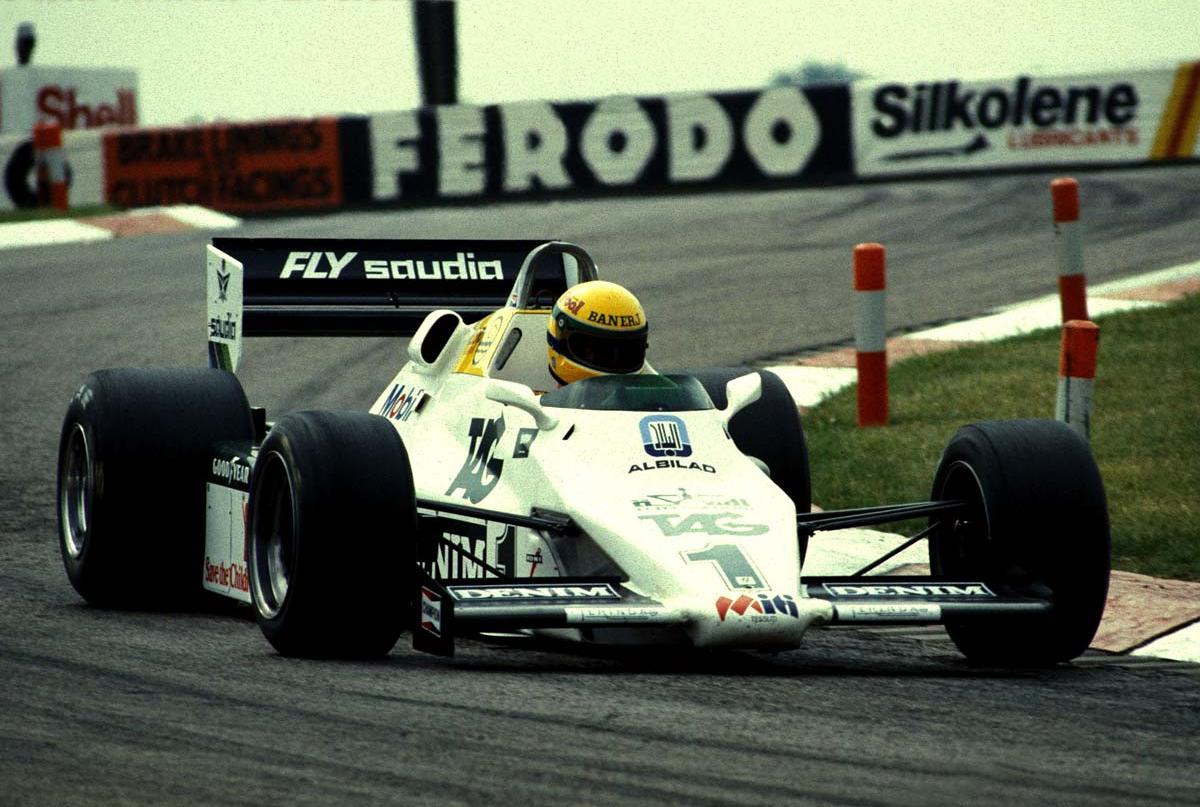