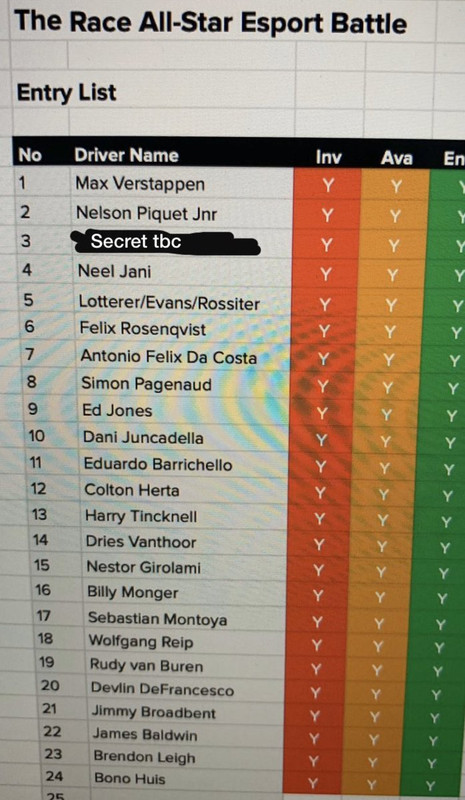 Formula 1 has today announced the launch of a new F1 Esports Virtual Grand Prix series, featuring a number of current F1 drivers. The series has been created to enable fans to continue watching Formula 1 races virtually, despite the ongoing COVID-19 situation that has affected this season’s opening race calendar.

The virtual races will run in place of every postponed Grand Prix, starting this weekend with the Virtual Bahrain Grand Prix on Sunday March 22. Every subsequent race weekend will see the postponed real-world Formula 1 race replaced with a Virtual Grand Prix*, with the initiative currently scheduled to run until May**.

The first race of the series will see current F1 drivers line up on the grid alongside a host of stars to be announced in due course. In order to guarantee the participants safety at this time, each driver will join the race remotely, with a host broadcast live from the Gfinity Esports Arena (or remotely if required) from 8:00pm (GMT) on Sunday March 22.

The series will use the official F1 2019 PC video game, developed by Codemasters, and the first virtual GP on the Sakhir track will be a 50% length race with 28 laps. The broadcast, which will be available on the official Formula 1 YouTube, Twitch and Facebook channels, as well as F1.com, is expected to run for 1 hour 30 minutes, with a qualifying period where grid positions will be determined based on the drivers’ fastest lap time.

Due to the wide variety of gaming skill levels amongst the drivers, game settings will be configured in such a way to encourage competitive and entertaining racing. This includes running equal car performance with fixed setups, reduced vehicle damage, and optional anti-lock brakes and traction control for those less familiar with the game.

The series is strictly for entertainment purposes, to bring racing action to fans in this unprecedented scenario the world has been affected by, with no official World Championship points up for grabs for the drivers.

During non-race weekends, Formula 1 will also be hosting online exhibition races, where fans from around the world will be given the chance to go head-to-head with F1 drivers. More details of these events will be available across the official Formula 1 social media channels in the coming weeks.

Julian Tan, Head of Digital Business Initiatives and Esports said:
“We are very pleased to be able to bring some light relief in the form of the F1 Esports Virtual GP, in these unpredictable times, as we hope to entertain fans missing the regular sporting action. With every major sports league in the world unable to compete, it is a great time to highlight the benefits of esports and the incredible skill that’s on show.”

Frank Sagnier, Chief Executive Officer, Codemasters added:
“We’re excited to be a part of the new F1 Esports Virtual Grand Prix Series. With sporting events currently on hold around the world, it’s great that the official F1® video game can help fill the void by bringing together an exciting line-up of talent to race online during the postponed race weekends. It’s going to be competitive, action-packed, and a lot of fun for everyone involved.”

John Clarke, Gfinity Chief Executive Officer said:
“Gfinity is proud to be playing its part in the design and delivery of the F1 Esports Virtual Grand Prix series, which will bring exciting virtual racing to a legion of Formula 1 and Esports fans around the globe. The virtual Bahrain GP will feature all the thrills and spills of racing with F1 drivers and special guest celebrities going head-to-head, which promises to put a smile back on the faces of millions of sports fans.”

*Grands Prix not available in the 2019 official F1 video game will be replaced with an alternative Grand Prix.

**The F1 Esports Virtual GP initiative will be extended beyond May if the coronavirus pandemic results in further Grand Prix cancellations/postponements. 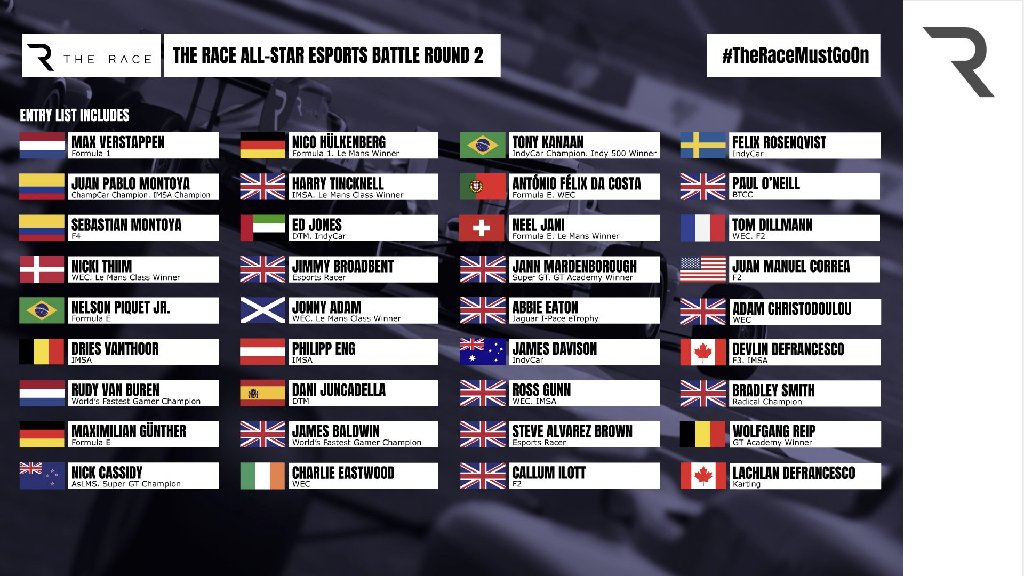 F1 2019 is ‘too much like an arcade game’ which is why real-world drivers prefer rival titles such as iRacing, according to Lando Norris.

Speaking to viewers on social media yesterday, Norris compared F1 2019 with iRacing and other popular motorsport games. He said the official F1 licence and popular PlayStation series Gran Turismo are “too much like arcade games.
“You don’t drive them anything like you do a real car,” Norris explained.

“Whereas F1, Gran Turismo – especially Gran Turismo, Gran Turismo is terrible, it feels nothing like a car, you just slide everywhere. It’s rubbish because of that, that’s why no one does it.”

Norris, a prolific simracer, is one of just six F1 drivers who entered the official Virtual Grand Prix series which was launched this year. However technical problems thwarted his effort to compete in both events, and during the latter he removed the game from his system.
He did so after broadcasting a conversation with Max Verstappen, who criticised the official F1 game series, and has not joined the Virtual Grands Prix.

“Would I recommend F1 games to serious racers?” he added, “No, iRacing or rFactor.” However Norris is due to return to F1 2019 to take part in the Race for the World series to raise money for the pandemic relief effort today.

Sage Karam, who won the first round of IndyCar’s iRacing Challenge, has over a decade’s experience with the game and has seen how much it has progressed in that time.

“I’ve been on iRacing since 2007 like when it was in beta mode,” he said yesterday. “So I’ve been a part of it for a long time.
“It’s just kind of always been the one I feel like when you go talk about major sim programs, it’s always the top one people talk about. I have all the other ones, but I’ve probably done like 10 laps on rFactor 2 and five laps on Assetto Corsa or whatever – I don’t even know what it’s called.

“I’ve just been a part of iRacing for a while, and it’s cool to see the progression of it, just from even a few years back when you’d have world championship races that iRacing had put together and everybody would be running those.

“Now the amount of money that’s coming into sim racing, you look at the NASCAR world championship series presented by Coca-Cola, it’s a $300,000 prize pool, which is like pretty incredible for sim racers. Porsche just put together a $250,000 or $200,000 prize pool for their championship, so the money is starting to get pretty huge in sim racing. People are starting to make a living, more so than honestly a lot of real race car drivers are getting paid. It’s pretty insane, the top guys.”