5.8.1 The pressure of the fuel supplied to the injectors may not exceed 500bar. Only those injectors
and fuel high pressure pumps specified by the FIA may be used. 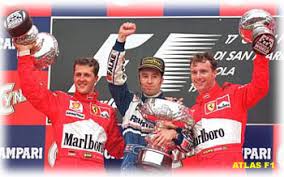 2013 F1 Technical Regulations
- More stringent front wing deflection tests have been introduced.
- Minor changes have been made to the front roll structure design.
- There is an increase in minimum weight to compensate for an increase in tyre weight for 2013.
- Deletion of the ‘force majeure’ allowance when a car stops on the track in qualifying. The FIA will determine how much fuel the car would have used to get back to the pits and add it to the one litre sample minimum.
- All chassis will now have higher static loads applied to them (formerly only one chassis was tested to the higher loads with subsequent chassis being tested to 20% lower proof loads).

2013 F1 Sporting Regulations
- For safety reasons, use of the DRS during practice will now only be allowed in the place(s) it will be used on the track in the race.
- The team personnel curfew will be extended from six to eight hours on Thursday night and only two exceptions will be allowed during a season (formerly four).

2014 F1 Technical Regulations
- A new draft with numerous changes was discussed and agreed by the F1 Technical Working Group and Powertrain Working Group.
- The requirement for cars to be driven exclusively under electric power in the pit lane has been postponed until 2017.
- A number of changes have been made to the power unit regulations with the aim of limiting technology in some areas in order to reduce development costs.
- Changes made to bodywork design, originally aimed at reducing downforce and drag for increased efficiency, have reverted to 2012 specification.
- The minimum weight limit has been raised to compensate for additional power unit weight.