Red Bull confirmed new floor is a copy of the Ferrari version. New fins produced using rapid prototyping at Milton Keynes, then flown to Mexico & glued to the old floor. All within 7 days. 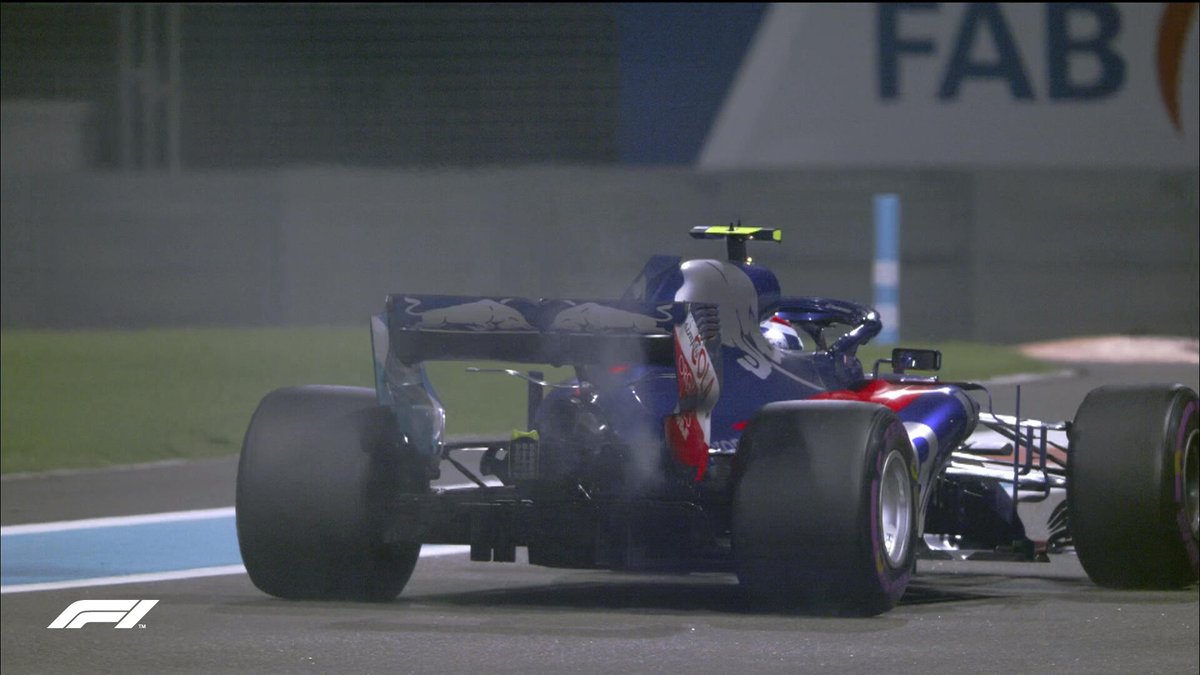 Pazi koliko je to velikih firmi....Red Bull, Aston Martin, Tag Heuer, Honda.....treba to sve uskladiti.
Arguing on the Internet is like running in the Special Olympics: Even if you win, you’re still retarded.
Vrh

For next year Red Bull will change the Renault engine for a copy of Honda. Marko expects that the Japanese power unit will be good enough to make a throw at the world title. "In my view, yes," he says when asked if they can go for the championship in the first year of the cooperation. "It's difficult when you change your motor supplier, but there's so much potential there,......

First friction at Red Bull Honda
Red Bull drives 2019 for the first time with Honda engines in the back. But even before the first race there are tensions. The backgrounds exclusively at ABMS:

The cooperation between the Japanese car manufacturer and the Graz simulation specialist AVL has been put on hold. AVL is the world's largest independent company for the development, simulation and testing of drive systems (hybrid and combustion engines, transmissions, electric motors, batteries and software) for passenger cars, commercial vehicles and large engines with its own test bench. Honda has been using the Austrians' equipment for some time to improve its Formula 1 engine.

Reason of separation: quarrels between a project leader from AVL and the Honda engineers. Interesting: Disagreements with that project leader had already led to the end of the collaboration between Ferrari and AVL. The Italians had used the innovative systems of AVL before Honda. Red Bull Motorsport Director Helmut Marko (75) confirmed the ABMS information on demand.

Marko also said that the collaboration between ex-Mercedes engine boss Mario Illien (69) and Honda would be limited. Honda had hired the Swiss engine genius to combat the strong vibrations of the Honda internal combustion engine. The result is that the full power of the Japanese hybrid engine, whose horsepower theoretically should be higher than that of the Renault engine, could never be fully retrieved. Apparently Illien did not have the brilliant idea. Honda wants to solve the problems now anyway alone. Marko is in this case but the all-clear: "For this purpose, appropriate measures have been initiated."

All in all, the Austrian is convinced of the success in 2019. "Honda has already overtaken Renault and will be even better in 2019. Then Max (Verstappen, d. Red.) Has everything together to make it. It certainly will not be up to him. He is improving all the time, there seems to be no limit for him! "

"Drivers don't come to the race track to make friends. You come here to get the trophy."
Vrh
Odgovori
3424 posta