Sid Watkins: "I was very upset because I knew him very well. He was always rational and reasonable, a thoroughly nice person to deal with. I remember he said, `I hope I never need you'. When I identified his car as we arrived on the scene of the accident... well, I just thought of those words."
Vrh

Regarded by many as the fastest driver ever to compete in F1, Gilles Villeneuve only won six grands prix in his tragically short world championship career, but earned legendary status for his heroic handling of a string of difficult Ferraris.The 1979 Ferrari 312 T4 was the most competitive car of Villeneuve's career, and he supported team-mate Jody Scheckter's run to the world title and played a pivotal role in the team's constructors' crown.

Jacques Villeneuve will drive the car at Fiorano on 8 May, 30 years on from the day that his father lost his life in a crash in qualifying for the Belgian GP at Zolder.

The younger Villeneuve went on to have a successful F1 career in his own right, winning the 1997 title.

A Ferrari statement said Jacques Villeneuve's outing in the 312 T4 would be "a fitting occasion to evoke the memory of a man who has and always will have a place of honour in the history of Ferrari."

Let's stop time for a moment a moment to remember and pay tribute to great Gilles Villeneuve.

He was great man in and outside the car. People who knew him will tell that he lived the way he drove. He stays in hearts of Tifosi and many people as loving family man and driver who never gave up. His passion and friendly character was unique. Enzo Ferrari loved him as his own son and he belived in his abilities. This gave us one of the most spectacular combination... Ferrari - Villeneuve. Those two words today are mentioned one with other. His fully life is an inspiration to many and his famous three wishes are common to lots of fans all over the world. His life resembles our dreams. 30 years ago world lost great person, his family lost loving father, Enzo lost one of his sons, Tifozi and many fans lost one of the best drivers ever in history of F1 but we all gained the passion he shared with us.

"I love motor racing. To me it's a sport, not a technical exercise. My ideal Formula One car would be something like a McLaren M23 with a big normally aspirated engine, 800 hp, 21 inch rear tyres. A lot of people say we should have narrower tires, but I don't agree because you need big tyres to slow you down when you spin. And you need a lot of horsepower to unstick big tyres, to make the cars slide. That would be a bloody fantastic spectacle, I can tell you. We would take corners one gear lower than we do now, and get the cars sideways. You know, people still rave about Ronnie Peterson in a Lotus 72, and I understand that. I agree with them. That's the kind of entertainment I want to give the crowds. Smoke the tyres! Yeah! I , because I used to be one of them! I believe the crowd is really losing out at the moment, and that's bad." Gilles Villeneuve

"I never think I can hurt myself - not seriously. If you believe it can happen to you, how can you do this job? If you are never over eight-tenths, or whatever, because you're thinking about a shunt, you're not going as quick as you can. And if you're doing that, you're not a racing driver. Some guys in Formula 1... well, to me they're not racing drivers. They drive racing cars, that's all. They're doing a half job. And in that case I wonder why they do it at all." - Gilles Villeneuve

Gilles Villeneuve "I sold the house to buy my first racing car. I really did think my wife was gonna kill me!"

Jody Scheckter "Gilles was the fastest driver in the history of F1. And he was the most honest man I've ever met."

"I have never got out of a car and though I could try harder."
Gilles Villeneuve

"I love and respect my fans because races exist thanks to them. This is the reason why one must always give the best of himself, we are to offer our audience a real show." Gilles

Jacques Laffite "I know no man can work miracles but Gilles was so special that he made you wonder."

Mansell "He was a great friend, he took me up in his helicopter once and he flew it the same way he drove."

Niki Lauda "One night I was trying to sleep in my hotel room, and I heard a helicopter outside. Illegal, impossible, mad. Who could it be but Gilles! He was the craziest person I ever met in F1."

I just drive the car as fast as possible, but I try not to overdo it. Gilles Villeneuve

"If someone said to me that you can have three wishes, my first would have been to get into racing, my second to be in Formula 1, my third to drive for Ferrari" Gilles Villeneuve

Juan Manuel Fangio on Gilles: Although small in stature, he was a giant of motor racing.

“Gilles with his generosity, his destructive capacities he had when racing, grinding gears and shifting at highest speed, abusing the clutch and the brakes, showed us what we had to do, to give the driver the possibility to defend himself at any moment.[...] I loved him."

"Among my loved ones I see the face of this great man: Gilles Villeneuve."
Enzo Ferrari

"Life is about passions. Thank you for sharing mine" - Michael Schumacher, Brazil GP 2012
Vrh 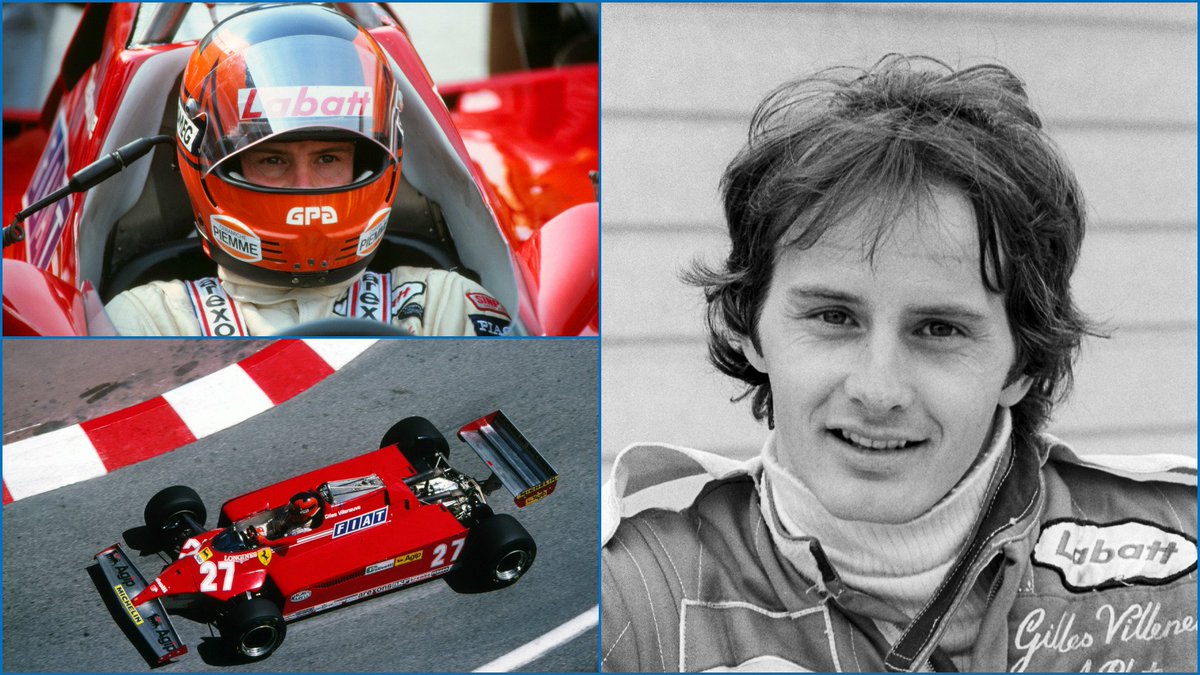 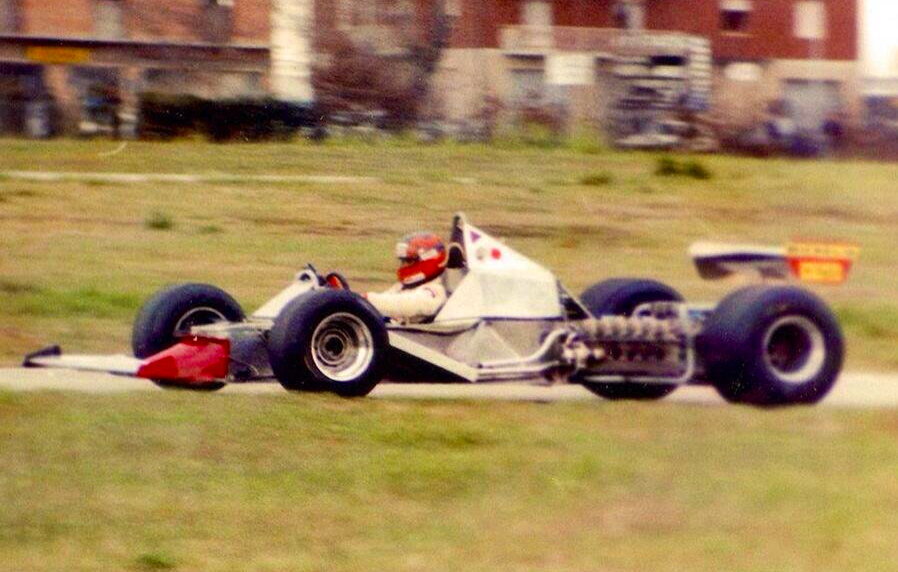 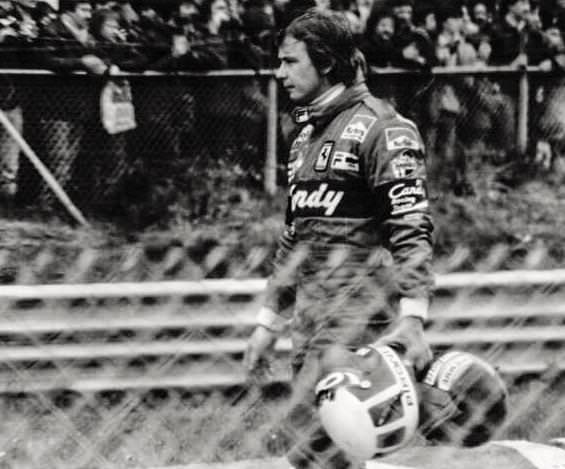 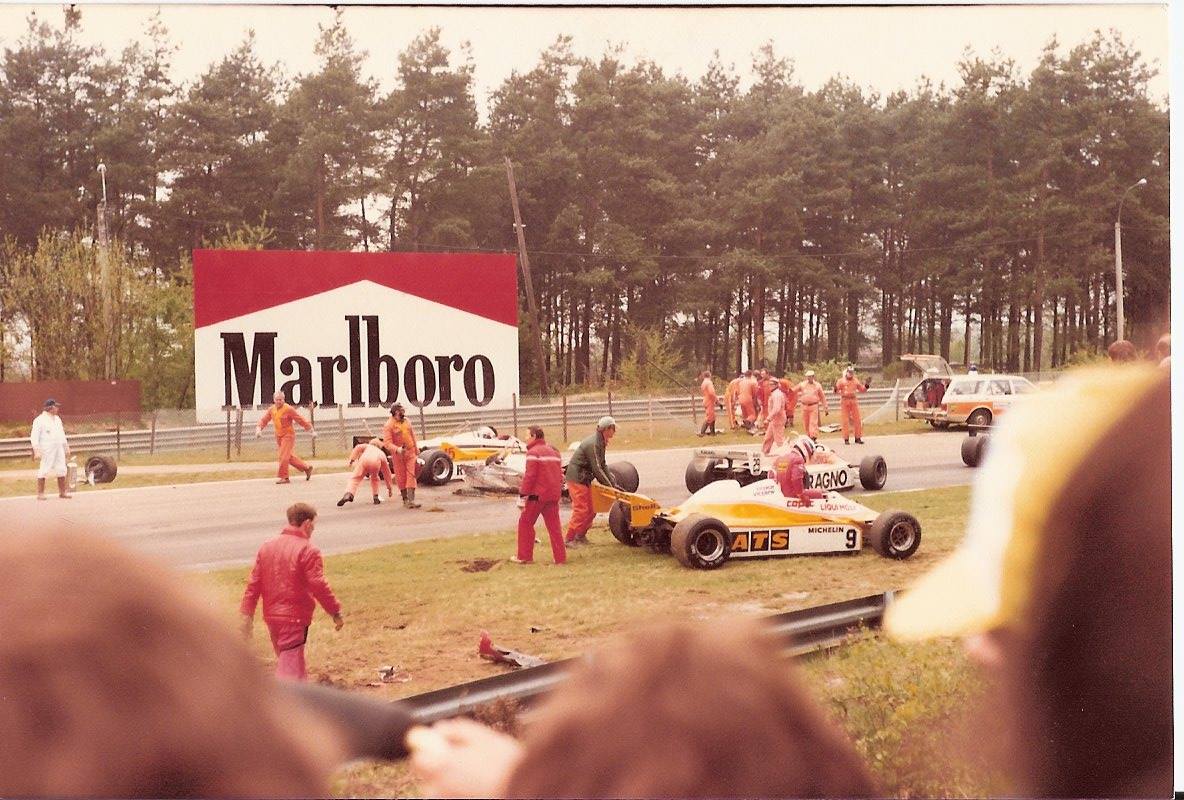 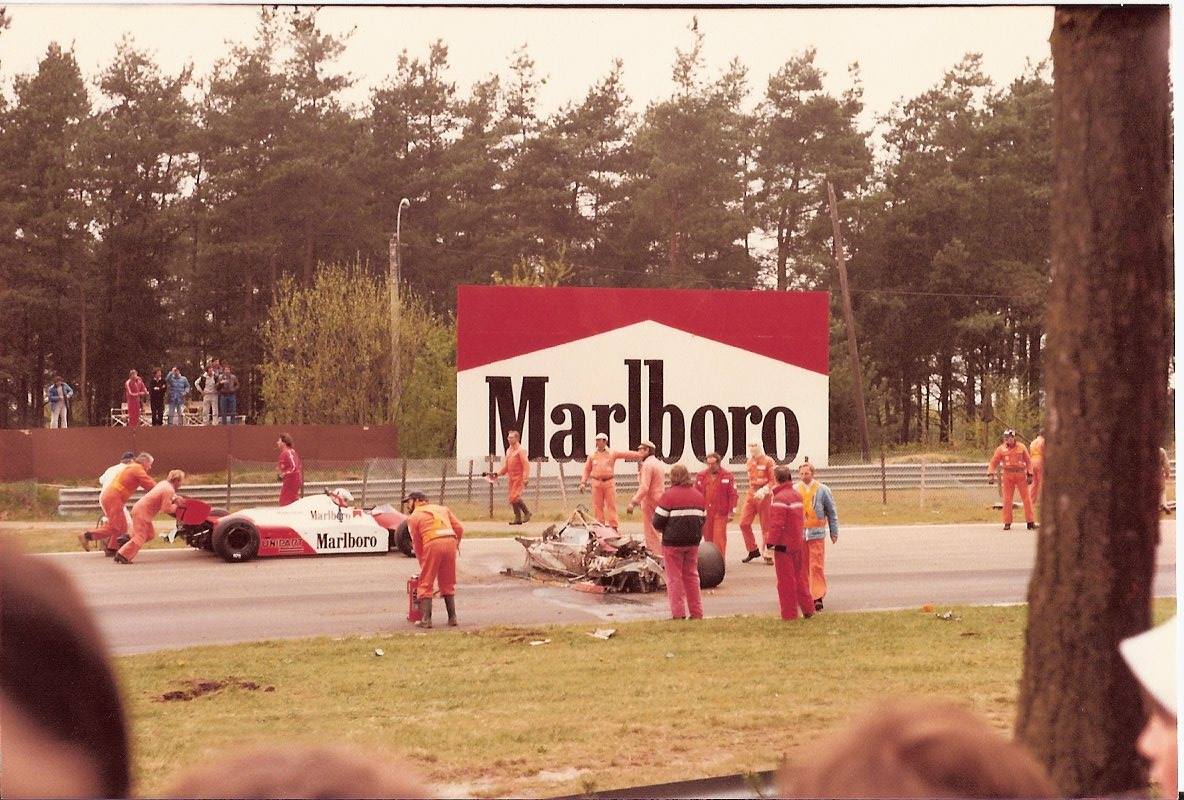 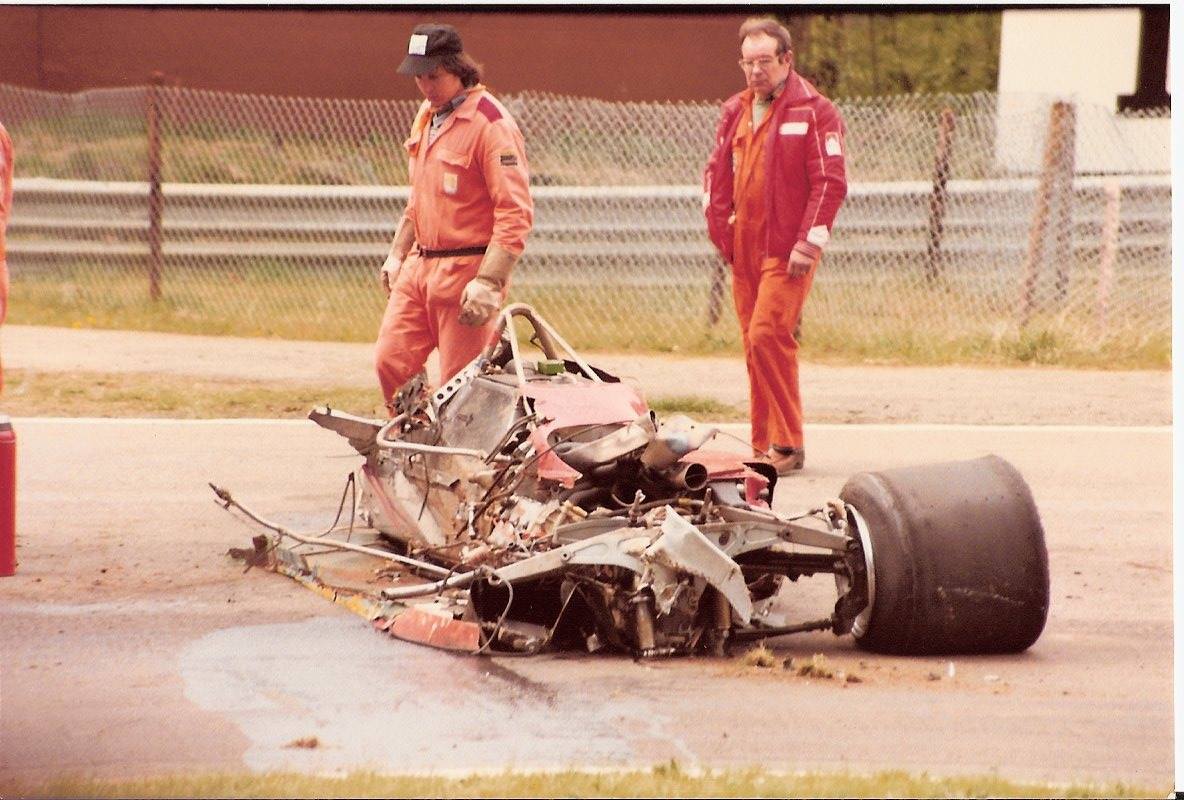 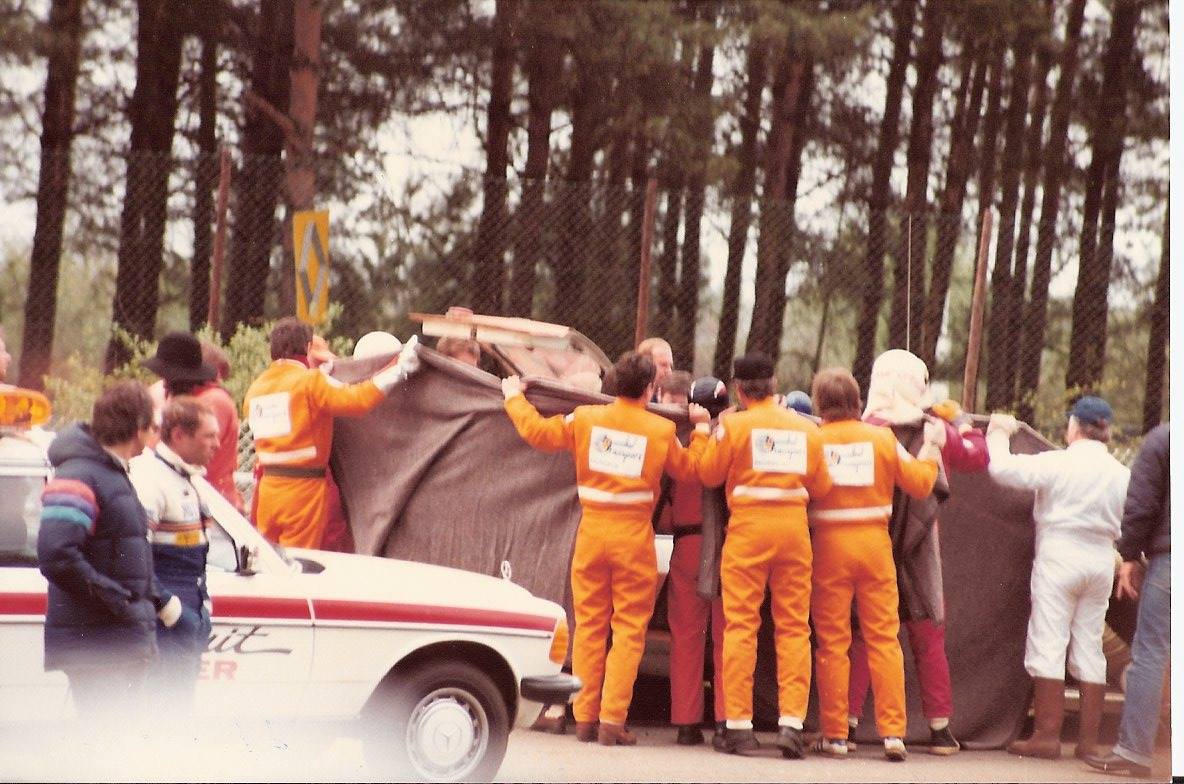