The Honda engine was praised after the race, but Ferrari team boss Mattia Binotto does not think the progress of the Japanese was the only reason for the strong performance of Red Bull Racing: "They used the same engines as a race before , so basically no progress can be made with that, "he tells RaceFans.net . "That does not seem the right conclusion to me." According to the Italian, it is mainly about finding the right balance in relation to the settings: "They were fast in one lap and on the straight, which is something that we must analyze."

Hamilton o "propustanju" na zadnjim trkama: "The pressure is gone, I'm having a good time and I still want to be the first to pass under that flag at the end of the ride,"


Did Red Bull suffer more than other teams this year under the new front wing rule?

Horner: I think so. Our aerodynamic concept relies heavily on the front wing. That also determines the impact on the rest of the car. As a result, the car reacted very sensitively on the track. It took a while to understand and optimize that.

What were the effects?

Horner: The car was difficult to tune and hard to drive. Especially in strong winds like in Bahrain. Nevertheless, we have achieved good results even at the beginning of the season. We qualified for the second row in Melbourne and made a podium. We almost won Monte Carlo, were faster than Hamilton and had bad luck with the pit stop.

Was the tricky car the reason that Red Bull was just a one-man team in the beginning?

Horner: Max has an incredible talent. He can adapt to everything. Pierre (Gasly) has felt the problems much more clearly. Therefore, the distance between the two was so great.

When was the problem completely eliminated?

Horner: At the Grand Prix in Austria.

Was it a political decision to change the front wing rules?

Horner: Ferrari and Mercedes really wanted the wing. I think, by now they have realized that the exercise cost only money and did not make the races any better. In my opinion, it was unnecessary spending.

How hard was it to adapt the car to the new tires?

Horner: That was a double misfortune for us. Little tire wear was no longer the big issue with the stiffer flanks, and that's exactly where our car was always good. But it was the same for everyone. You have to adjust and live with it.

With the GP Austria started a golden series with two wins and a second place. Why did Red Bull fall behind after the summer break?

Horns:There are a number of things happening. Max was unlucky a few times. In Spa and Monza he was involved in collisions in the first round. We had the speed of the Ferrari in Monza. In Singapore, we have to take our own nose. Since we have out of stock with the vehicle vote. We did not expect any more in Russia. That was just not our route. In Japan, Max was again the victim of a collision. Alexander Albon has made a solid fourth place. There would certainly have been more with Max. In Mexico we had the fastest car, but then everything went wrong, which could only go wrong. The mere fact that Alex has gained more points in the first seven races after the summer break shows Max that on the other side of the garage, everything did not fit.

Horner: Absolutely. In Hungary, we would have overtaken the Ferrari without the second pit stop. And only four weeks later they start a series in which they are in pole position in every Grand Prix. That made us look worse, of course.

One reason for this is Ferrari's engine advantage. How do you explain that?

Horner: That's pretty hard to understand. The three other engines have really moved together. Only Ferrari stood out. The lead was huge. You can not catch up over a winter. For two races Ferrari's lead on the straights has shrunk. For whatever reason. Everyone can have their own opinion.

Why did the node at Red Bull last burst again?

Horner: As I said, we have been beaten down before. Already in Mexico we had the fastest car. Everything was just right in Brazil. The car, the strategy, the drivers.

Was it necessary to swap the pilots in the middle of the season? Would not you have to give Gasly more time?

Horner: We have the luxury of resorting to a driver pool. Alex got stronger with each race in the first half of the season. It's his rookie year. Pierre, on the other hand, lost more and more confidence. He was outscored twice by his teammate. The distances became bigger and bigger. You just had to look at his body language. He has continued to pull his shoulders. We had to act and regain self-confidence. In the end, we had double benefits. We were able to try Alex with us and have Pierre raised again at Toro Rosso.

Do you trust Gasly once again to return to the A-Team?

Horner: Of course. If that were not the case, we would have sorted it out right away. But he got a new contract for 2020 and thus the chance to recommend himself again for Red Bull.

Albon was a blank hand before the season. What do you think of his development?

Horner: He's intelligent, works very hard, writes down every detail and the basic speed is good. So far he has improved every race. Brazil was the coronation. He would have landed on the podium if Hamilton had not turned him over.

It still has to be hard to have Max Verstappen as teammate.

Horner: Max and Lewis are probably the two most thankless teammates in the field. It is hard against the two for each driver in the field.

Now Verstappen in his role as Hamilton challenger seems to get competition from Charles Leclerc. What do you think of him?

Horner: He's also an incredible talent. Formula 1 can be happy to have two such high-caliber riders from this generation. They will deliver big fights in the future. And Lewis will be there for a while, too. The two challengers now show that there is still life in the old horse. Lewis is motivated to show it to the boy again. And do not write me Sebastian. He's just coming back. And he is still relatively young.

How brave was it for a winning team like Red Bull to team up with the unknown greats Honda?

Horner: It was a brave decision, but also a right one. We have gained more points than in the last two years, although the second car has dropped slightly compared to earlier. We won races, achieved pole positions and fastest race laps. It was clear that 2019 would be a transitional year. After twelve years with an engine partner, everything had to be brought in first with a new manufacturer. Looking back, I can only say that we are on a very good way. The performance gets better, the reliability is excellent, the communication works. I sense that something is building up to be at the forefront in 2020.

Honda speaks a different language, Japan is far away, and you were dealing with a different culture. Was it difficult to find each other?

Horner: Honda's Europe store is just around the corner from our factory in Milton Keynes. I would not speak of another culture. We are more similar than we thought. Honda has the same passion, the same determination to succeed as us. All you have to do is look at the motor sports department in Sakura, then they know what I'm talking about. Formula 1 is part of their DNA. Headquartered in Tokyo, the car Richie Ginther won the first Grand Prix for Honda is in the lobby. They are proud of their history with Williams-Honda and later with Ayrton Senna and McLaren. Honda is the perfect partner for us.

Red Bull is now a factory team for the first time. What has changed?

Horner: It's a completely new feeling that our engine partner's focus is on Red Bull. We do not know that. We were always only customer. Honda optimizes the engine for our drivers, our chassis.

Stability has always been a weak point in recent years, even on the Red Bull side. Why has the car become so much more reliable?

Horner: We are on the different test stands much more often and much harder on the road. That's the advantage of the factory status. Honda provides us with enough engines for this. This allows us to test all components of the car much more to the limit. So we learn more about how long certain parts last. We know much better where the weak points lie and can sort them out.

They have sacrificed two races for place penalties. Was that necessary?

Horner: It would have been impossible to make up the gap to Mercedes and Ferrari with only three stages of development. We have produced more power with each new expansion stage. Since you have to cope with the motor penalties.

Horner: We are moving towards it. That's our goal and also the goal of Honda and Max. We are all in the same boat.

How big is the pressure that failure could mean losing Honda and Verstappen?

Horner: That applies to all three top teams. So far, no team has yet confirmed deployment beyond 2020. Three of the four best riders have 2021 still no contract. Honda will first take a look at the new technical rules and sports conditions before making a decision. There is always a risk involved. But I do not think it's higher or lower than our opponents.

You have suggested moving the technical rules to 2022. Are you disappointed that the FIA ​​and Liberty have not listened to her?

Horns:I expected that but was surprised how many other teams like this concept. Unfortunately, I have not been able to find the same support with Jean Todt and Chase Carey. I think it's a mistake to zero everything at once. Why do we introduce the financial rules, ie the budget cap and the new distribution key first, and then one year later the technical and sporting regulations? That would have given us time to continue to work on the technical rules. They are an interesting proposal, but not yet mature. We would have done Formula One a favor to extend that even further. If we had delayed the start of the new rules by one year, all the teams would have to develop the new cars under the umbrella of the budget cap. Everyone would have the same starting point. Now the big teams can develop the 2021 car with all their power next year. You are thus at an advantage to the small teams. 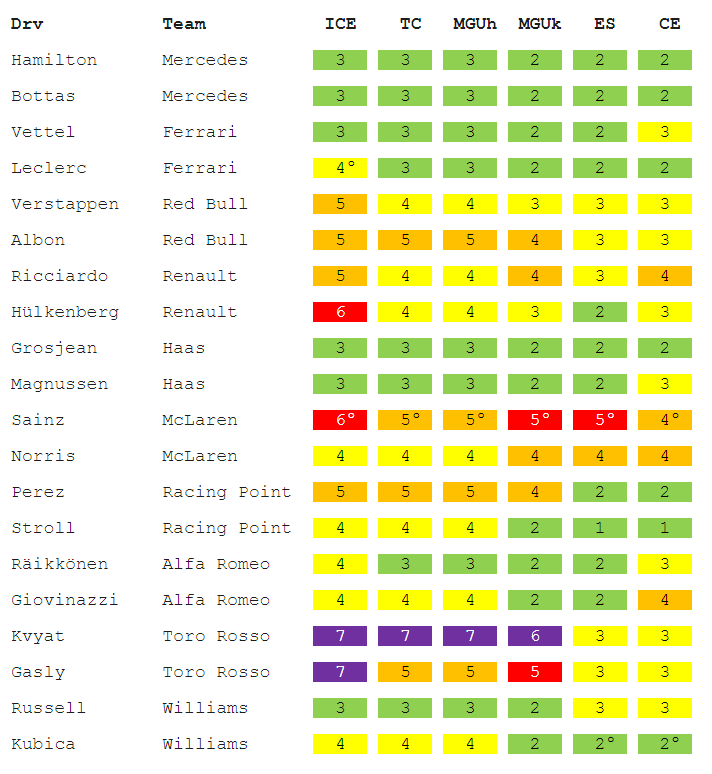 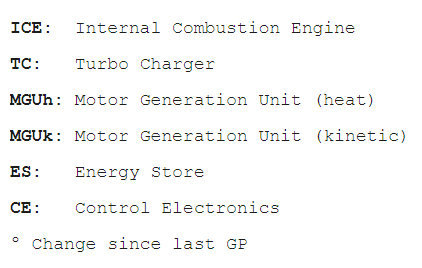